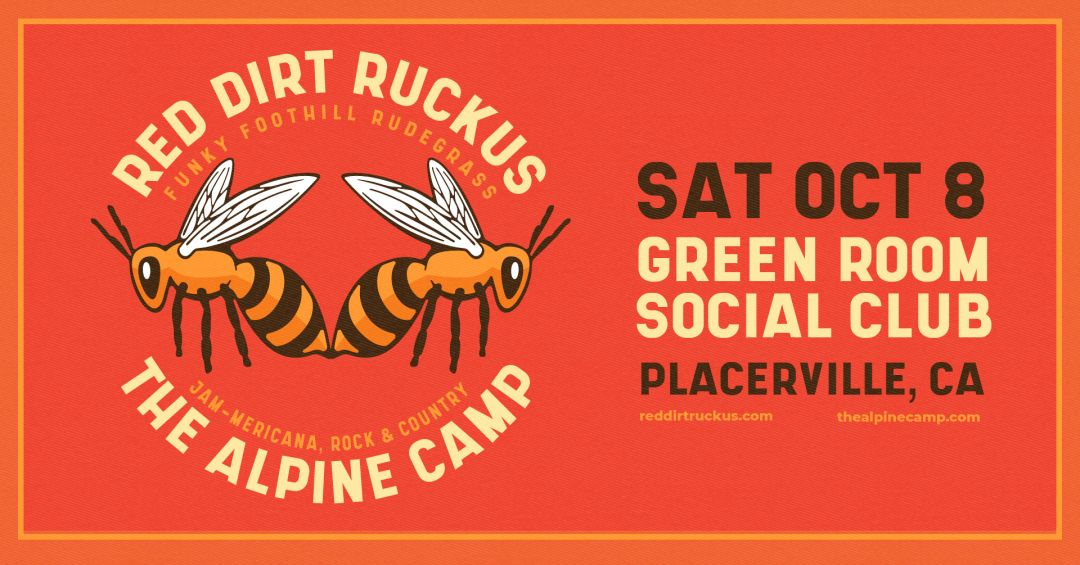 Get Tickets
Details
“Pop in the sheets and a jamband in the streets”, The Alpine Camp is “catchy as hell” on it’s studio albums while their live performances showcase their improvisational power.

They are the duality that is Los Angeles, seven hundred thousand acres of forest right next to the media capital of the world.

It's a funky freight train CHOCK full of foothill flava!

From Deep in the foothills of the Sierra Nevada came a toe-tapping, hip shakin’ sound that couldn’t be pinned down. With a healthy dose of bluegrass, a sprinkle of reggae and a big-ole spoonful of funk, Red Dirt Ruckus has been leaving crowds smiling with their own brand of “Foothill Rudegrass” for almost a decade.  RDR rides a high-energy blend of original music by songwriters Doug Not Josh (Vocals + Guitar + Mandolin) & Dan “Mad Monk” Abbott (Vocals + Bass)… brought to life with the fiddle skills of Lisa Bond, spiced up by Jared Collins on Sousaphone and Trumpet, and held down by Rob Keedy on Drums & Percussion.