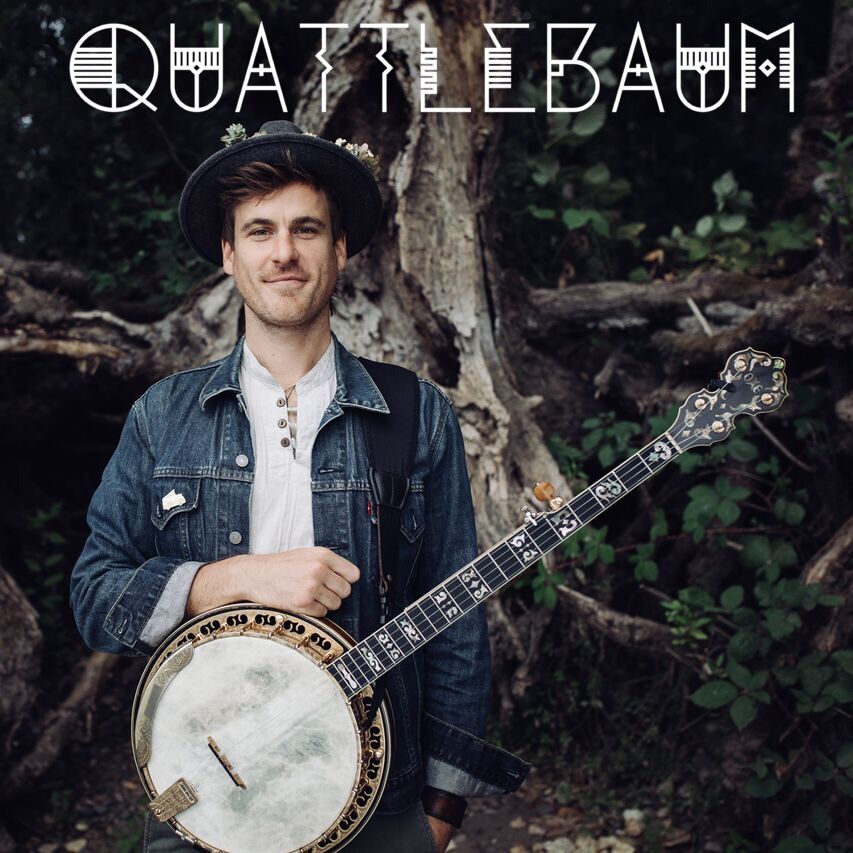 Get Tickets
Details
Quattlebaum, Southern Gent and Banjo Slinger, brings more to the table than just music. With his infectious smile and weird antics, he brings people together; encouraging camaraderie and building community. The singer-songwriter, currently based in Portland, Oregon, tours the country picking and strumming indie-folk songs that are spacious and emotive, and have an implicit groove. When he plays, you can hear the reverberations of the rustic mountains clashing with the breezy ocean. Like a willowy heron, Quattlebaum struts around on stage as the music moves through him, evoking a range of emotions from laughter to longing.  He shares tender moments, where one can almost hear his banjo breathing, then erupts into raucous peaks of unbridled energy—his captivating solo performances take his audiences on a ride.
Quattlebaum’s playing style is rooted in traditional southern bluegrass, but his stage presence and improvisational nature have morphed his sound into something all his own. He’s developed his show to be a more complete live experience, switching instruments around on stage from banjo to cello banjo to guitar, and incorporating comedy and funny stories in between songs.


Tyto Alba is the masked DJ alter ego of Austin Quattlebaum and a purveyor of house music and beets. Tyto will keep the party going with a full second set of bumping house disco electro-funk dance party 9:30-11.

NEW FOR 2023!
ALL FEES ARE INCLUDED FOR ALL TICKET TYPES
ADDITIONAL TABLES FOR TWO AVAILABLE FOR RESERVATION
GA TICKETS NOT INCLUDED WITH TABLE RESERVATIONS

All tickets, online and in person, are inclusive of all processing fees including a Club Access Fee that entitles the purchaser to Club Member Benefits for the date and time noted on tickets.

General Admission All Access Tickets can also be purchased at the Club Box Office during open hours prior to the performance, subject to availability.

Up to 100% of all funds collected via ticket sales are paid out to performers and production to provide quality live music!
Refund Policy

Cancellation Policy
Cancellations are non-refundable, but may be transferred to another show of equal or lesser value, at no cost.
Transfers are processed manually - come on in after 4pm, email reservations@clubgreenroom.com or text 530-957-3030 to request a manual transfer.
Age Restriction
All ages unless otherwise specified.
Miscellaneous Policies
Service Fees are necessary for the administration and processing for online ticketing services. The service fee charged to GRSC from TicketSauce (TSI) for onlne ticketing is set at the minimum service charge of 5% + $0.99 per ticket, which is included in ticket purchase or alternatively will be charged from TSI to the Ticket Buyer. Point of Sale service fees are $0.99 per ticket. This ticket service fee will be deducted and managed via the TSI Software. Credit card processing fees may also be included in online purchase.


Up to 100% of all funds collected via ticket sales, less outside fees, are paid out to performers and production to provide quality live music.