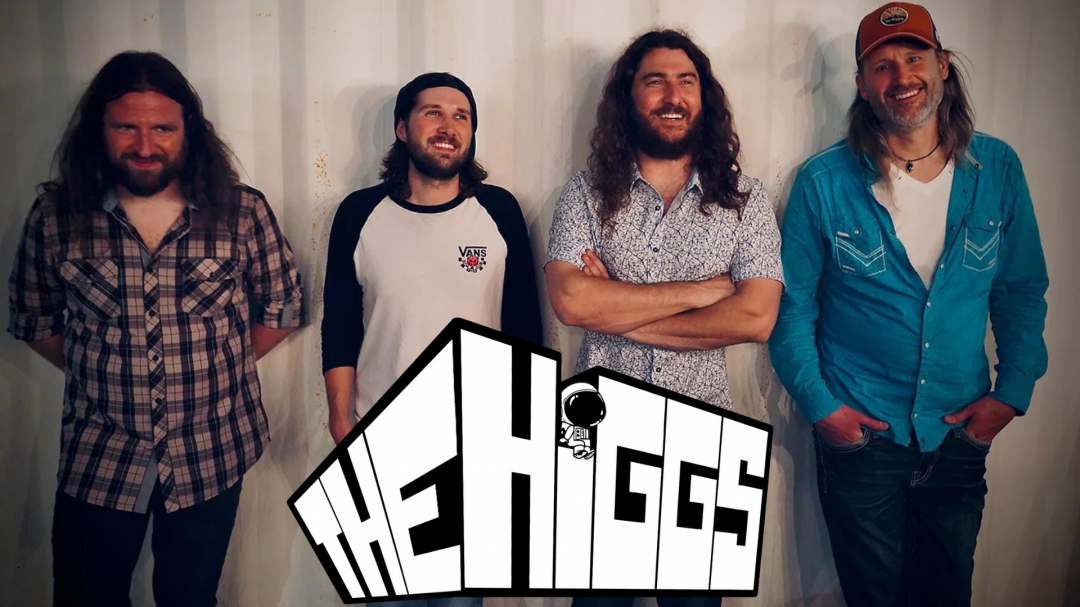 Named after the elusive Higgs-Boson particle - providing mass for all things in the Universe, and the unification of various forms of energy - The Higgs blur musical boundaries and find a unification between many different genres like rock, jazz, prog, reggae and blues.
John Lovero (guitar/vocals) founded The Higgs in 2012 out of Southern California. David Barsky (bass/vocals), originally from Philadelphia, joined the band in the summer of 2015. Joining in late 2020 was Cameron LaForest of Phoenix, AZ on drums, who John and David first met when he was playing with Spafford. The Higgs opened for them on a run of their March 2018 tour, including one night in Boise, ID when Cameron joined them onstage for a fiery rendition on The Higgs' original, "Kung Fu You." Keyboard wizard Elliot Jackson Rauch - also originally from the Philadelphia area, but currently out of Prescott, AZ - is the latest addition to this updated lineup.

"The beauty of The Higgs, as with any great band, is the remarkable balance of their sound. It flows freely from each member and swirls into a kinetic convergence. You don’t have to be a keen observer to realize that they are listening to each other intently and playing off of one another in the most supportive way possible. Guitarist and lead vocalist John Lovero is the natural leader as he anchors center stage and comes across as the alpha axe-man. Throw his perpetual cat-ate-the-canary grin into the equation and it tells us all we need to know about how he feels playing this music. When other bands boast about “melting faces,” it is often just wishful thinking. If The Higgs make this claim, there is no exaggeration. Lovero’s fiery fretwork is exhibit A at the scene of the crime. He also sings the band’s most epic material; songs like “Space” and “Freddy” which are instantly endearing and relatable. These are among many tour de force compositions which give one the sense they are seeing a band is on a trajectory akin to Umphrey’s McGee or even Phish.  Like these two jam whales, The Higgs’ best songs weave together elements of funk, jazz, rock, blues, prog and even a splash of reggae. They draw from all their influences while making music that is distinctly their own." - Tyler Blue, Crazy Horse Saloon & Grill, Nevada City, CA